Throughout these last two years, China has been under strict control of COVID. The authorities practice what they call “Dynamic Zero” policy to prevent the spread of the virus. China, except for Wuhan, has not suffered high rates of infection and has a high level of vaccination.

In recent months, Shanghai has barely suffered several dozen simultaneous cases that were solved with effective isolation measures, a similar situation has been experienced by other Chinese cities, except for Xian, which was confined for a month.

In mid-March there has been an escalation that has led to the closure of the city, in principle until April 5, but extended sine die until further order to test its 25 million residents with the help of thousands of health workers arrived of all country.

The Omnicron variant is new to China and making it difficult to control, with more than 20,000 cases a day in Shanghai as of today. The northern city of Julin is also in a critical situation, while in the rest of China the pandemic is under control with no more than a few dozen cases.

Lockdowns and restrictions in the Shanghai region are delaying the transport of components between factories and to the port, leaving us with yet another disruption to the global supply chain.

At present, traffic access to Shanghai is restricted, with continuous checkpoints and road closures. Nearby cities, such as Kunshan, are suffering similar measures and this is where a good part of the activity of Spanish companies in China and producers of consumer electronics and auto parts are concentrated. Some of these companies are closing due to the lack of components to continue producing.

The factories that have tried to remain open have proposed that the workers live in the plants to avoid displacement and are crowding the warehouses of finished products that they cannot send due to the lack, mainly, of trucks.

Other neighboring markets continue to produce normally and containerized goods are shipped through the port of Ningbo, although not without problems due to the difficulty of finding carriers. All this translates into excess demand that cannot be covered 100% and is causing sine die delays.

The situation in Shanghai is leading other Chinese cities to require daily PCR tests from road carriers in order to cross municipal borders and forcing quarantines on drivers at risk of infection, making it difficult for goods to move between factories and ports.

The direct consequence is that Shanghai is operating at less than 50% of its capacity, blank sailings are increasing and there is congestion at the port of entry/exit of ships. The biggest problem is not so much the lack of ships as the fact that the cargo does not reach free circulation by road due to sanitary obstacles.

As far as air traffic is concerned, the movement of goods through Shanghai is very low, its airport is operating partially and with backlogs, so it is a matter of diverting cargo to other airports when this option is feasible.

A homebound population and empty streets is the current scenario in Shanghai, which is experiencing its worst virus outbreak in two years. A lot of social pressure that sees how basic products do not arrive and resorts to online shopping to stock up on food or pet food.

If you need additional information, please contact our company Ertransit Shanghai directly or at any of our delegations in Spain. 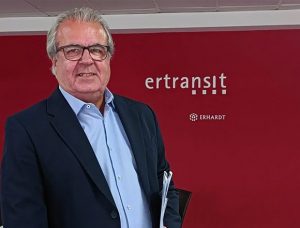 Today, logistics in the Canary Islands require integration and anticipation. 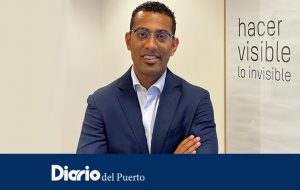 When will the supply chain be restored? 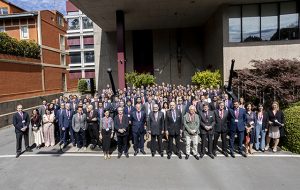 ERTRANSIT has been present at the ERHARDT 2022 Convention

See all the news

POLICY ON THE PROTECTION OF A CANDIDATE’S PERSONAL DATA

Dear Candidate In observance of the legal duty of notification laid down in article 13 of Regulation (EU) 2016/679 of the European Parliament and of the Council of 27 April 2016 on the protection of natural persons with regard to the processing of personal data and on the free movement of such data (General Data Protection Regulation – hereinafter GDPR), and the provisions of Spain’s Organic Law 3/2018 on the Protection of Personal Data and the Assurance of Digital Rights, you are hereby provided with the following information regarding the processing of your personal data: